Get fresh music recommendations delivered to your inbox every Friday.
We've updated our Terms of Use. You can review the changes here.

by The Simple Carnival 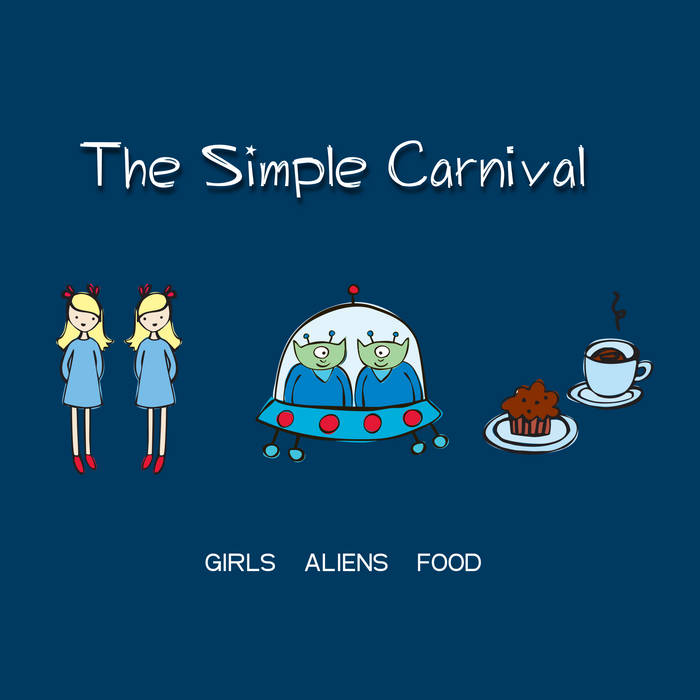 "YAY! Looks like good music is coming back!" -Margo Guryan

"Catchy, sweet, tender, quirky, and sung with unbelievable charm. One of this summer's 'hits'. (One of mine, anyway.)" -Louis Philippe

"A Nilsson for the modern generation." -Russell's Reviews

"Girls Aliens Food is one of the most beautiful song records of the year." -Konkret

"Every track is solid throughout and Girls Aliens Food should rightfully be called a soft pop masterpiece." -Powerpopaholic

"There's something beautiful going on here. Unless I'm mistaken Jeff Boller (aka The Simple Carnival) is surely the new heir apparent to the Brian-Wilson-king-of-sunshine-pop crown." -Lobster Quadrille

"If Brian Wilson had a nice dad, this is the kind of music he would have made!" -Roctober

"He does everything... He doesn't use samplers or weird computer programs, it's all himself over himself. I really admire his work... Recommended, one of the best unknown/non-mainstream artists I know!" -alwaysontherun.net

"The Simple Carnival is also known as Jeff Boller, who appears to be the happiest man living in Pennsylvania. I would be too if I was as talented as this man." -Even in the Future Nothing Works

"True artistry is rarely concerned about rock star status, and that's never more evident than in... Girls Aliens Food. The Simple Carnival embodies its name: after listening, you just want some cotton candy and a girl to ride the Ferris wheel with." -Amplifier Magazine

"'Flirt' is a blend of jazz piano, scat vocals, and finger-snapping rhythms so catchy that for the first week I heard the disk, I would consistently wake up dying to hear that track." -Redefine Magazine

"When I've had a song stuck in my head for a week and I'm still not ready for something else to take its place, I consider that a good sign. This week my mental jukebox has mostly been playing... The Simple Carnival." -Too Much Apple Pie

"My favourite band of this last week has got to be The Simple Carnival... They are a melodic pop music studio project created by a guy named Jeff Boller who must be the long lost son of Brian Wilson if the MP3s on the band's web site are anything to go by." -This Almighty Pop!

The Simple Carnival is the musical moniker of Pittsburgh-based singer/songwriter Jeff Boller.

Bandcamp Daily  your guide to the world of Bandcamp